The what, why and who of the event

WHY: I have been using serverless for more and more projects recently and wanted to see if some of the questions I have been running into are being answered by anyone else, I will be diving into some in the next chapter, luckily for me this conference has provided above and being my stated reasons to attend.

WHO: Besides the speakers, which I only have heard before briefly, the sponsors panel looked really promising as the sponsors are keeping a close eye on the space and seem to be quite close to the event either by organising workshops, doing their own talks or organising a boot.

The official event agenda can be found at serverless days - agenda

I was fortunate enough to be able to get to one of the workshops. The workshop was titled Building a 100% Serverless Blog Site Application with the Right Observability, while aimed at beginners in the art of programming it served my own agenda of studying best ways to introduce observability in a microservice/serverless architecture quite well. So I managed to gather the following intelligence on thundra.io, the software product:

Keynote - Bringing WebAssembly outside the Web with WASI

In summary, super presenters Lin Clark and Till Schneidereit introduced myself in the world of WASI and helped shape ideas around a subject that although it’s far from being mainstream at the moment, seems to be in a prime position to help front end support from other programming languages than the mainstream javascript.

Lin had the best imagery:

She illustrated how files permissions are defined at the moment 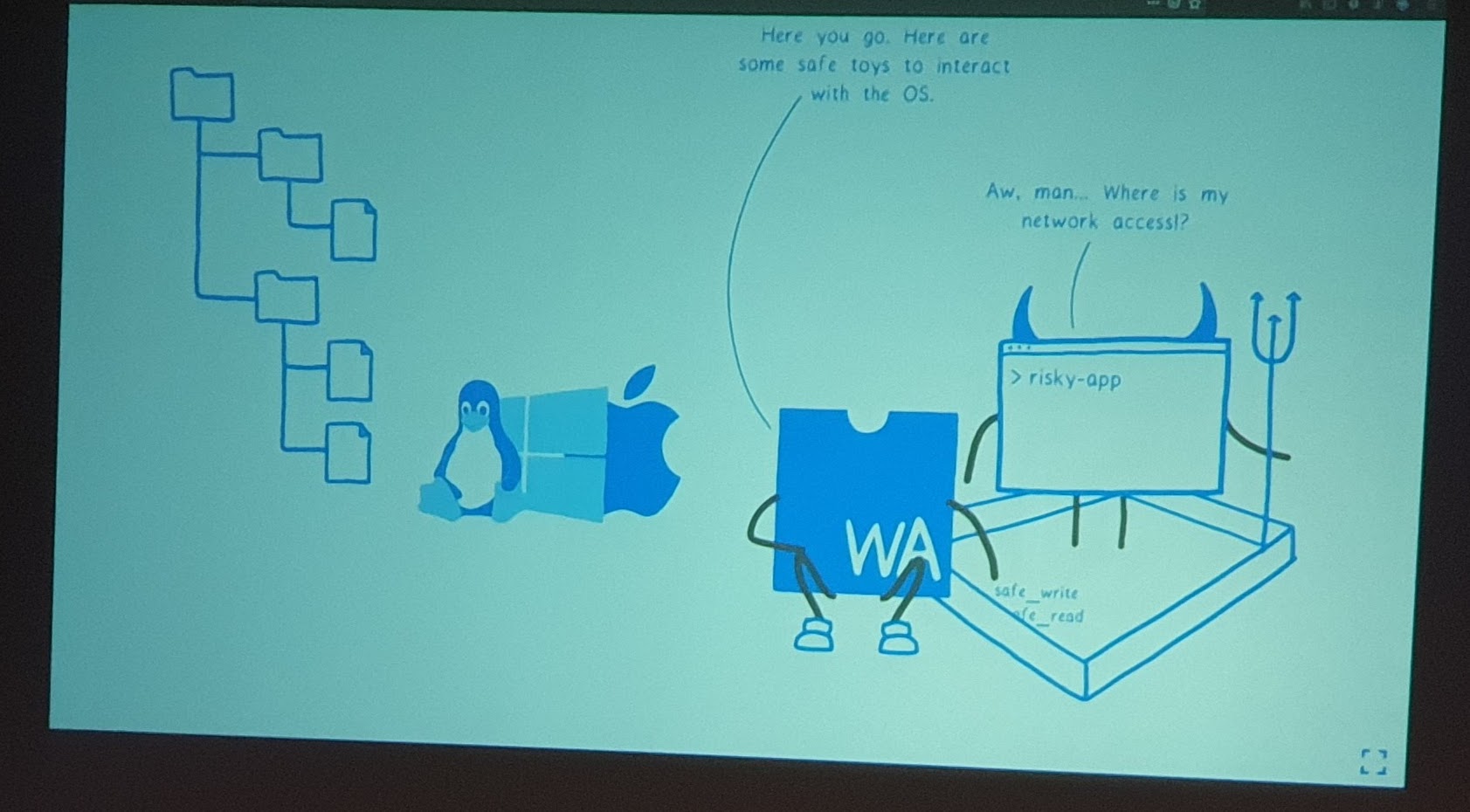 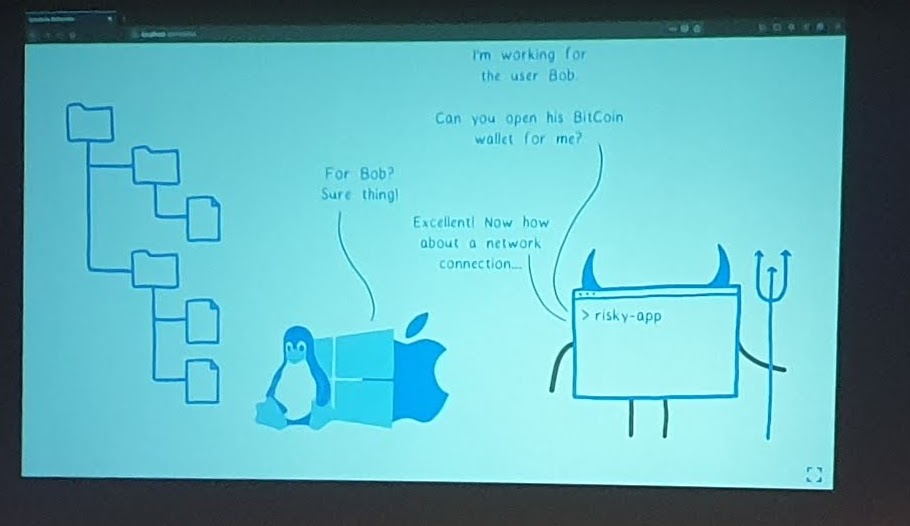 And the new needs of security 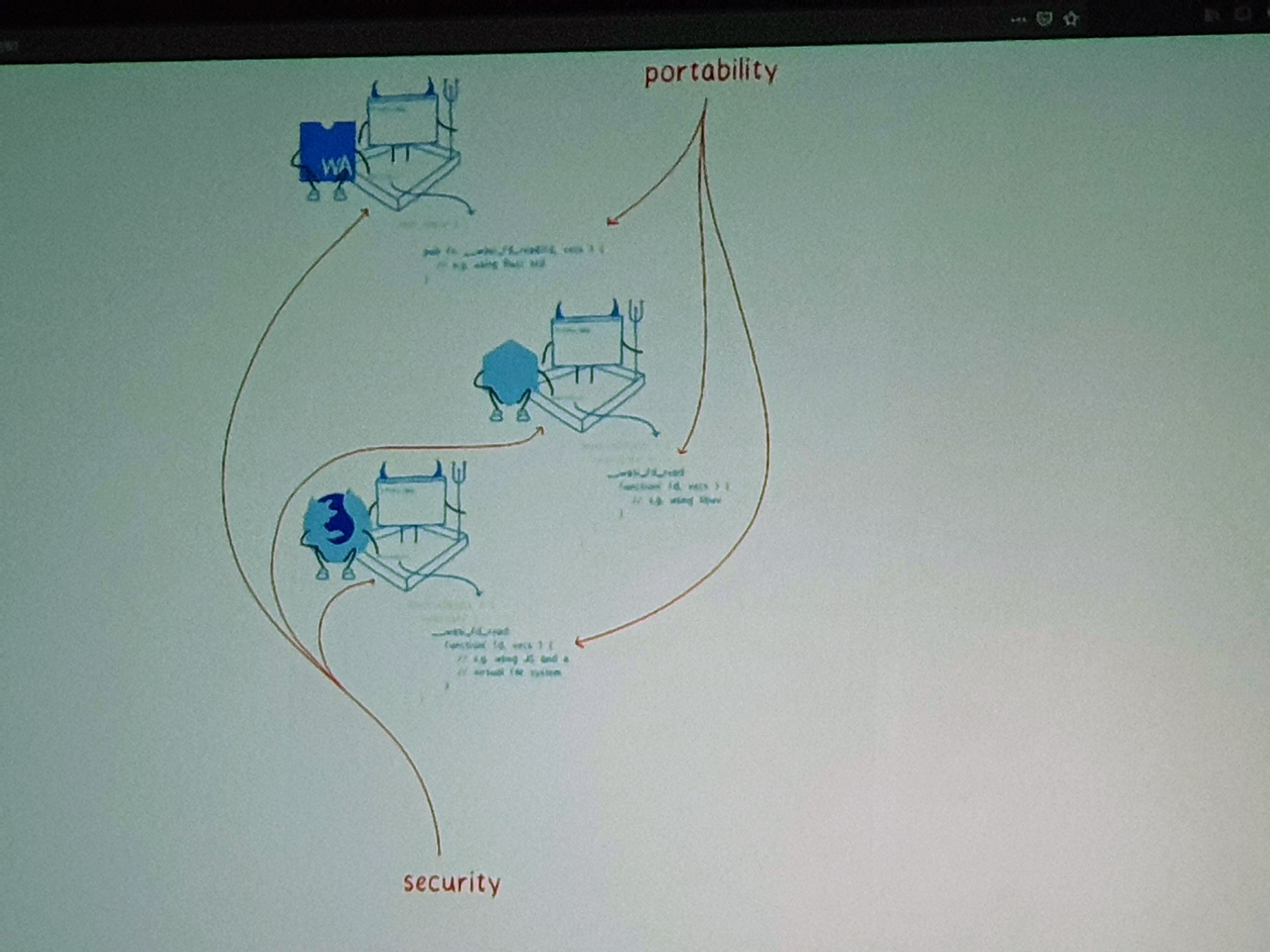 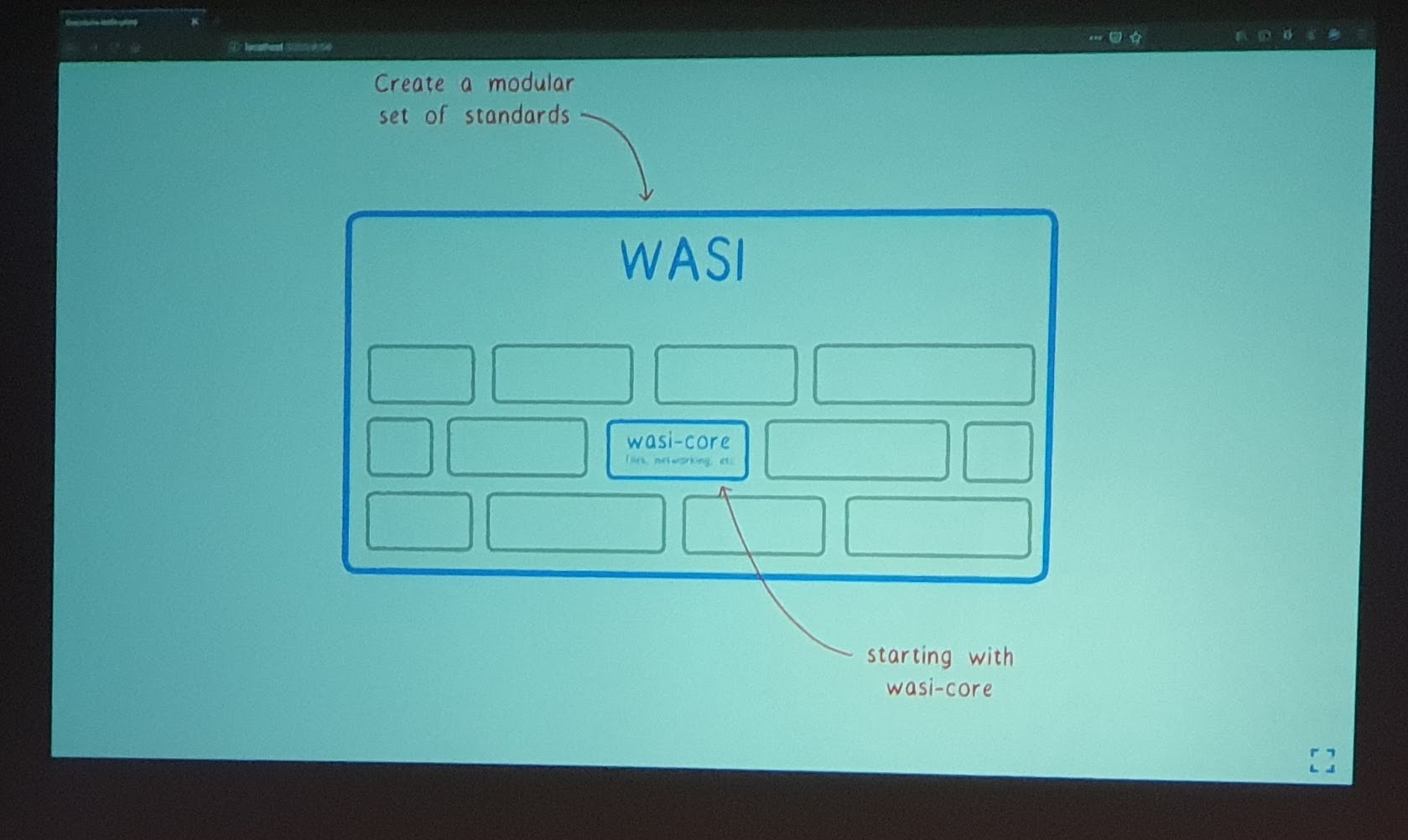 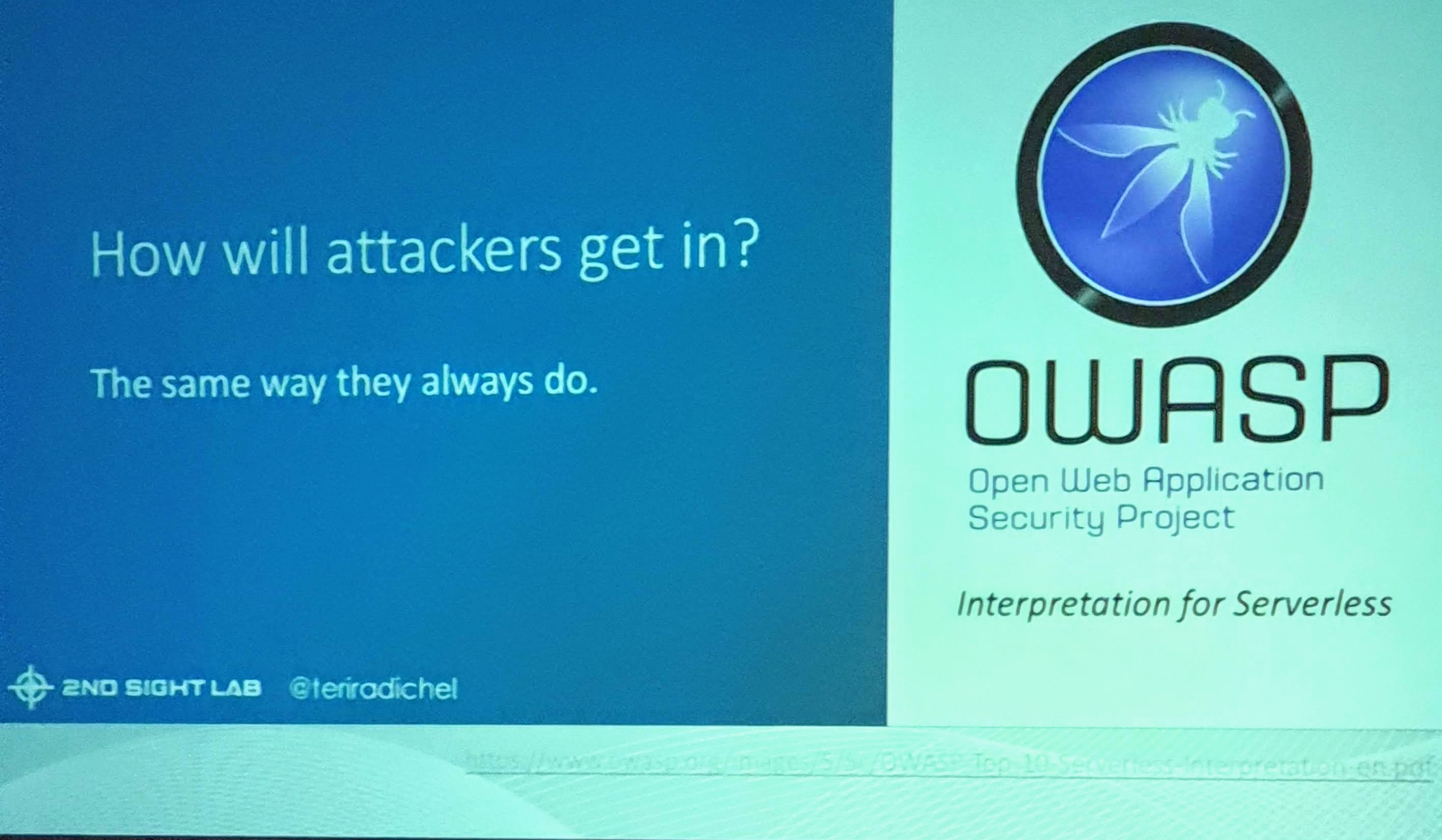 In particular for aws lambdas 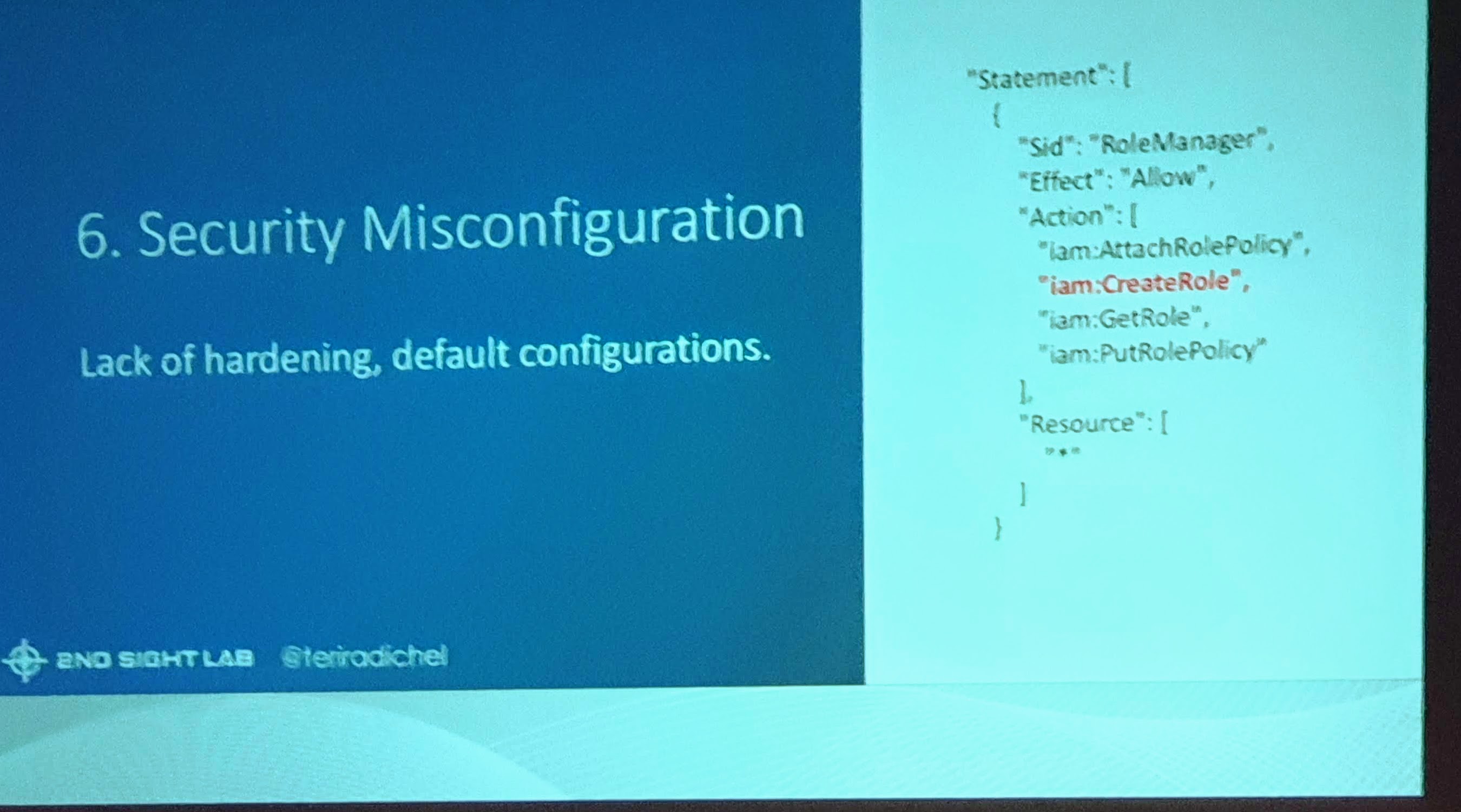 while also going through a series of relevant stories and examples that were recently in the media. As a result I started looking for a solution, but I did not get further away than this snyk blog post , with snyk showing a way of testing security pre-deployment.

Here are my notes from all 3 breaks, it would be mean to say that the breaks were the most meaningful, but it wouldn’t be too far from it. Most of the event was static, while the 3 breaks were really dynamic with really good, well purposed booths. 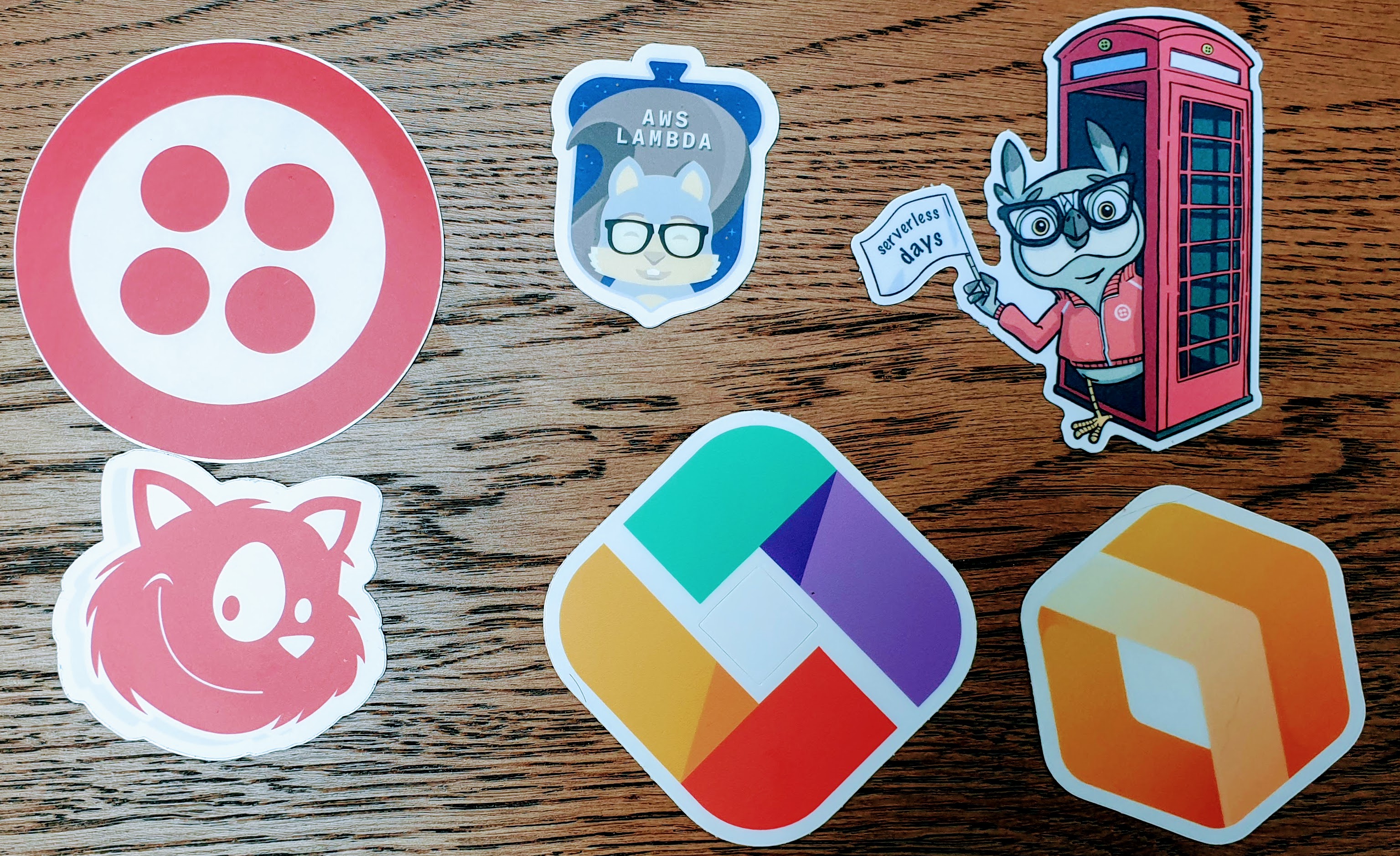 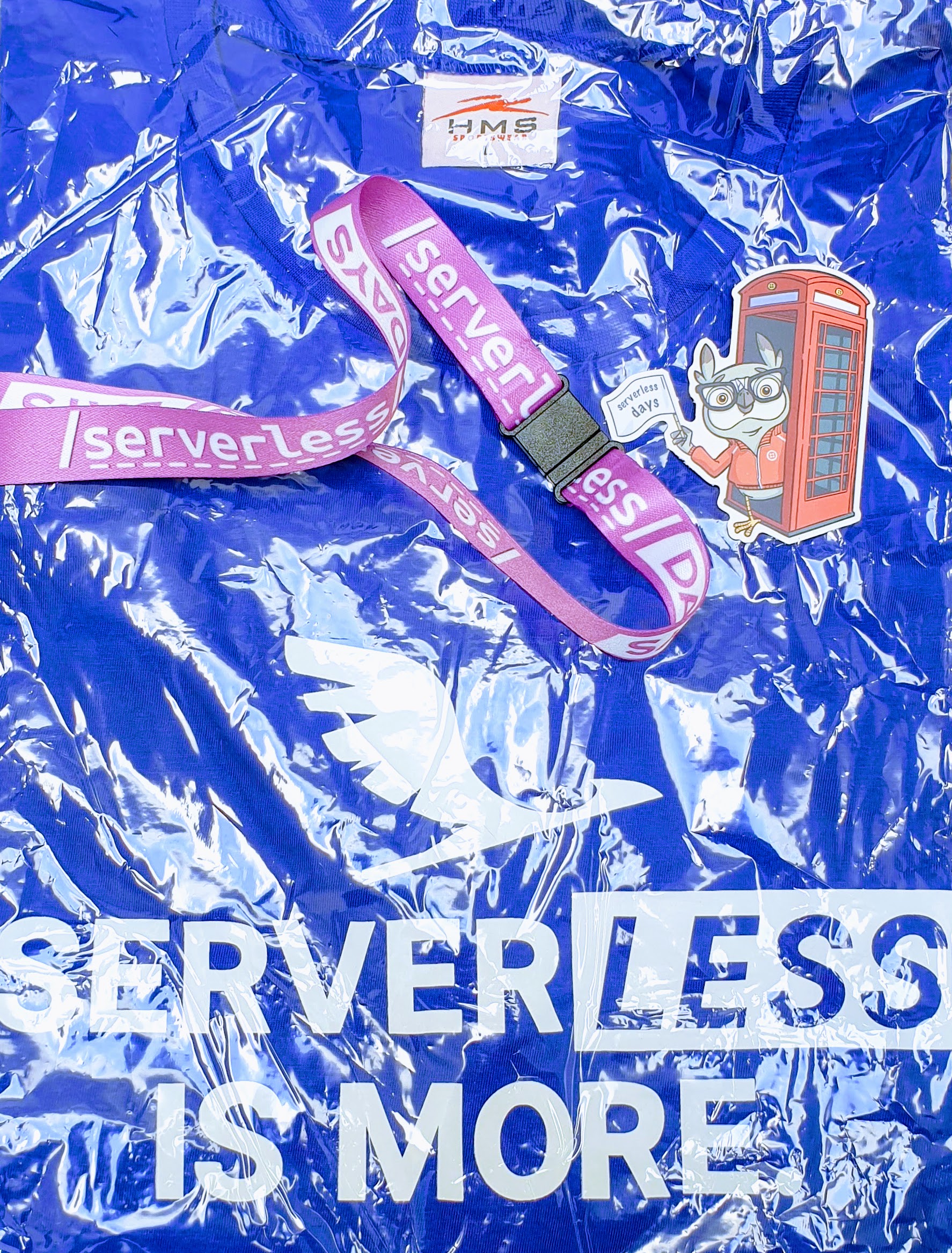 Machine Learning on Mobile and Serverless 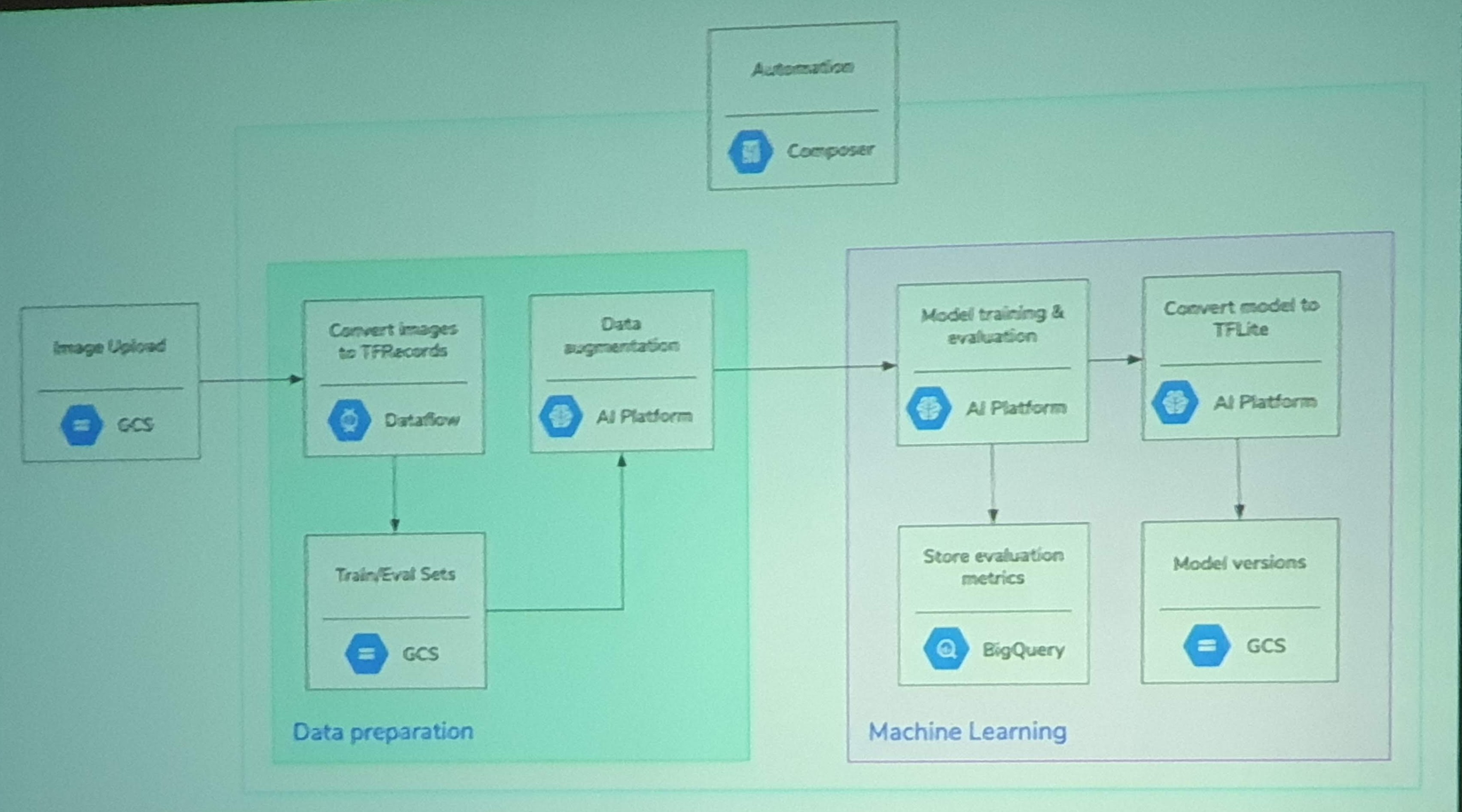 Discovering the microbiological world with Apache OpenWhisk and Rust 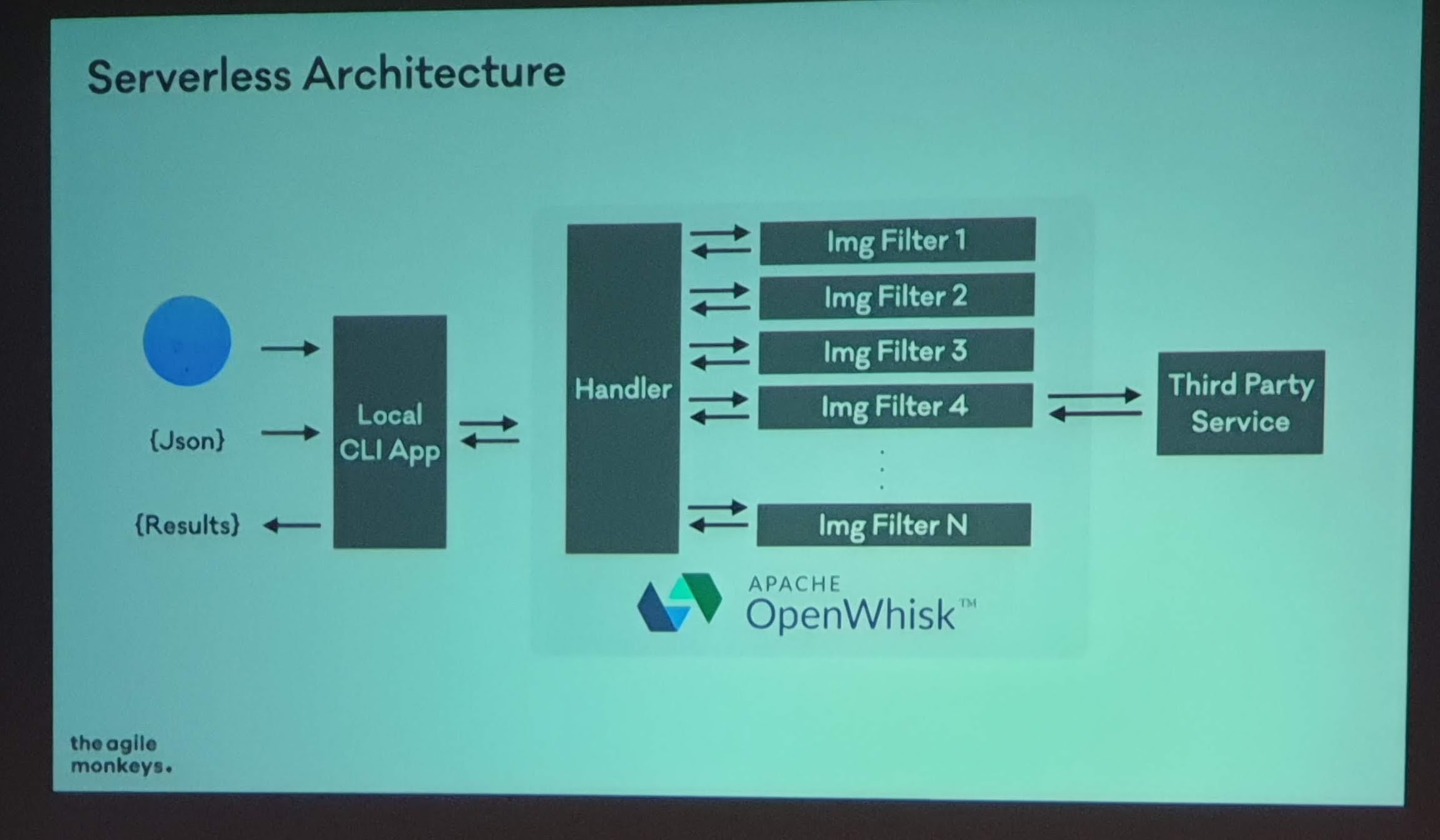 Serverless testing, the required adaptation to our testing methodologies

This lighting talk made me curious and sought further to discover lego’s journey about moving into serverless from the monolith. Here are my 3 vetted resources on lego: 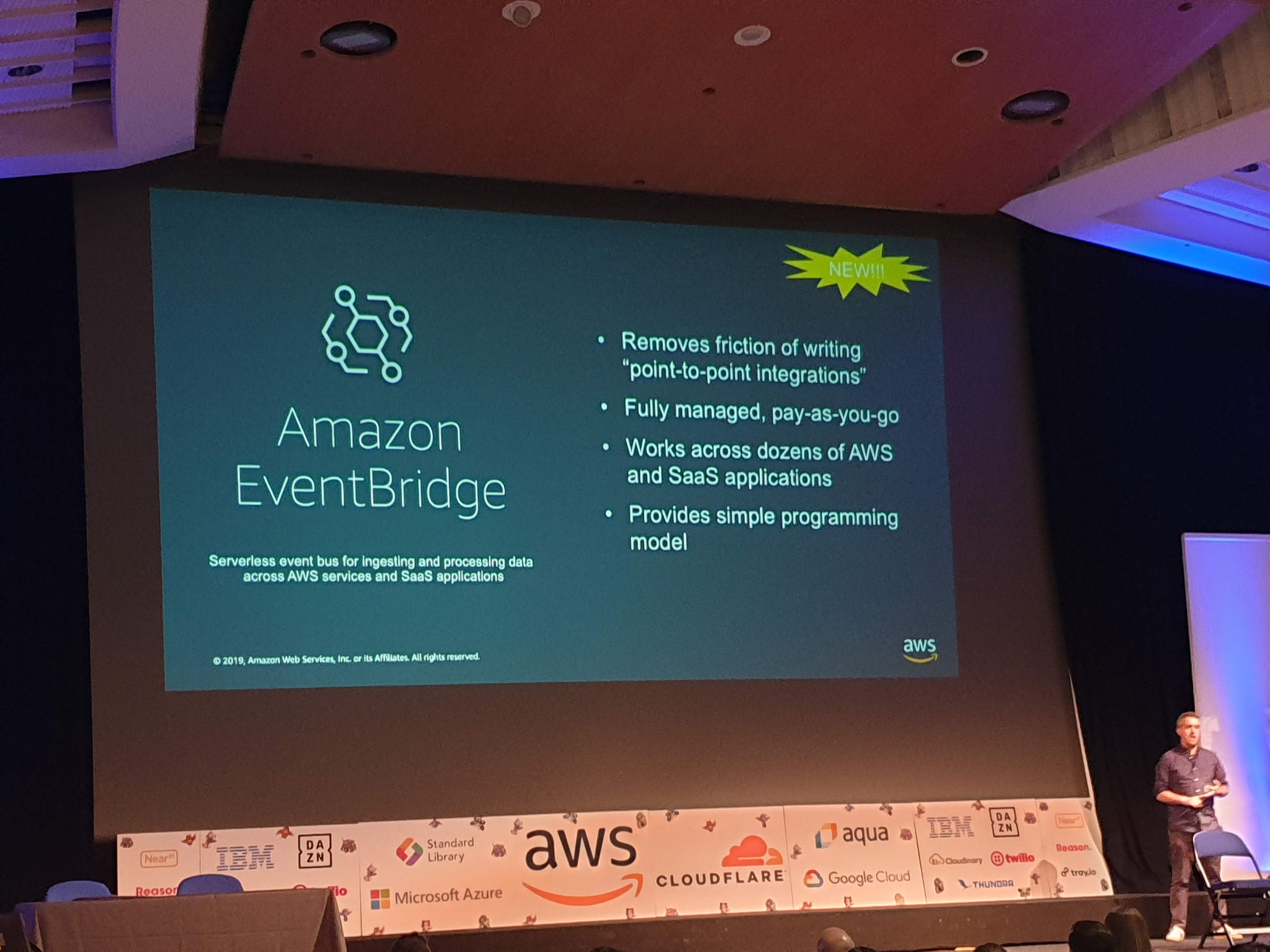 I wasn’t following the news coming out of AWS at the time, so this particular piece of news devised a new way of doing things in areas I was previously hacking around, I am hoping to match the Event Bridge with the video series discovered on the breaks (I bet they’re using Cloudwatch events).

A few other amazingly useful resources:

My Key Take Aways from the event